Deep-Water Drilling Is Back 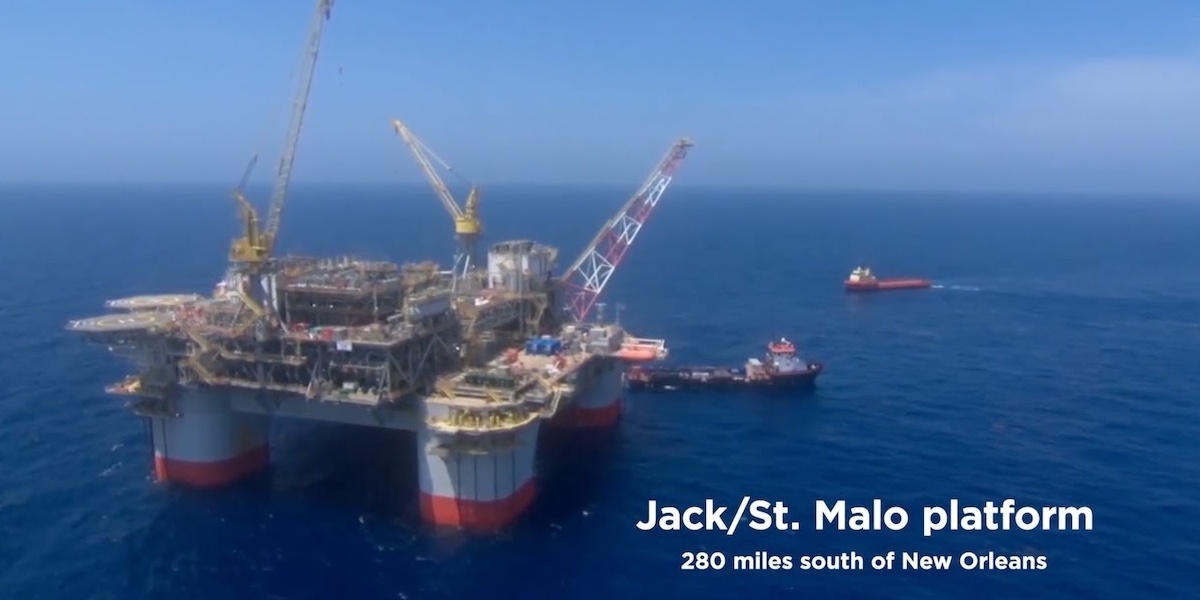 The picture above is Chevron’s huge Jack/St. Malo platform, a floating steel structure the size of three football fields about 200 miles off the Louisiana coast. Below it are underwater pipelines that carry crude from three oil fields about 15 miles away in different directions from the Jack/St. Malo, like tentacles of an octopus. Unlike old-style platforms that suck oil from a field directly below, this weblike arrangement lets the Jack/St. Malo pump more than 3,000 gallons of crude a minute from the trio of fields.

The three-for-one hub is part of a wave of innovation by oil majors including Chevron, BP Plc, and Royal Dutch Shell Plc that’s allowing deep-water production in the Gulf to bounce back from disasters both environmental (BP’s Deepwater Horizon spill in 2010) and financial (the oilprice crash of 2014).

While U.S. shale production has been dominating markets, a quiet revolution has been taking place offshore. The combination of new technology and smarter design will end much of the overspending that’s made large troves of subsea oil barely profitable to produce, industry executives say. New projects are targeting costs of about $35 to $40 a barrel, which would compete with the lowest-cost shale assets. Cutting costs lets operators tap oil reserves that were previously uneconomic to exploit.

The Gulf of Mexico has been the vanguard of global experimentation for offshore oil, and success this time could encourage more drilling in the world’s hot new oil basins in countries including Brazil, Guyana, Mexico, and Mozambique. Further on, it could even encourage more U.S. offshore production, if President Trump is able to fulfill his plan to open much of the nation’s coastline to fresh exploration. “In the past, a lot of the cost of development has been new technology,” says Jeff Shellebarger, president of Chevron’s North American division. “With the types of reservoirs we’re drilling today, most of that learning curve is behind us. Now we can keep those costs pretty competitive.” 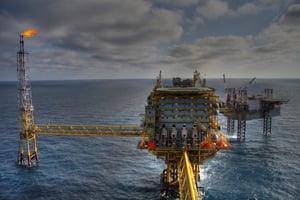 Two things drive drilling: crude prices and production costs. In the 2000s, higher prices spurred much of the growth in the Gulf. Operators fixated on building technically advanced production platforms that were the biggest, the deepest, and able to handle the highest-pressure wells—at almost whatever the cost. They demanded customized equipment including valves and pumps, even when standard models with practically the same specifications were cheaper. Shell had an encyclopedia of 100,000 engineering standards. In some lines of business, it has cut that back 95 percent, says Harry Brekelmans, Shell’s projects and technology director.

Complexity and cost didn’t seem to matter much when oil averaged more than $100 a barrel from 2011 to 2014. But when prices plunged to a 12-year low of $28 a barrel in 2016, the biggest drop in a generation, many projects and companies were generating big losses. “We knew there was incredible waste, but 2014 was the trigger,” Brekelmans says. “We knew there was no way we could put forward a project in the same way again.”

Take BP’s Mad Dog 2, designed in 2012 to be the biggest platform in the world. The initial plan was so large and complicated that a Finnish shipyard would need to be expanded to build it. The platform’s projected cost was $20 billion. BP executives realized that was outlandish, even before crude prices dropped. So they redesigned the platform, stripping out features and cutting the bill to $9 billion.

BP, the Gulf’s biggest operator, now wants to do more exploration around its existing platforms and pipe oil back to them, as is done at Jack/St. Malo, rather than build expensive new floating hubs. This approach is possible because the range of the so-called tiebacks—the pipes that carry the crude from the drill site to the platform—has increased markedly in the past few years due to new subsea pump technology. Chevron expects it will soon be able to use tiebacks as long as 60 miles, almost four times the length of those at Jack/St. Malo.

If an oil field is in range, tiebacks can save about $12 a barrel compared with the cost of building a new platform, according to researcher Wood Mackenzie Ltd. “The philosophy is around infrastructure-led exploration, maintaining capacity at those hubs and filling them up,” says Starlee Sykes, BP’s regional president for the Gulf of Mexico and Canada. “We’re focused on using technology to be safer and more efficient rather than to build the biggest ever.” 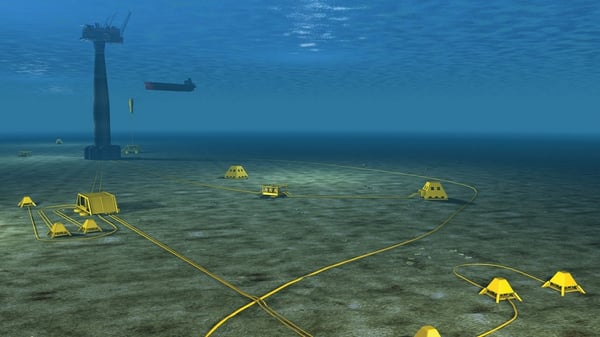 Chevron and BP have cut operating expenses in the Gulf by half since 2013, the companies say, by a combination of using standardized equipment, applying better technology, eliminating jobs, and selling higher-cost assets. Shell has also reduced spending substantially, Brekelmans says. 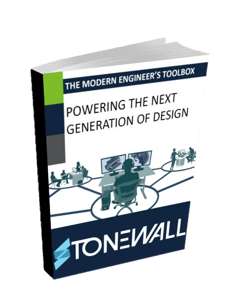 Analysts remain skeptical about whether the industry is truly reformed. As oil bounces back—it’s up 62 percent in the past year—costs may rise again, especially as drilling and construction suppliers seek to increase their own prices, says William Turner, a Wood Mackenzie senior research analyst. “Margins for servicers are just not sustainable,” he says. “I see costs creeping up, albeit from a low base.”

It might seem unnecessary for companies to put so much money and effort into risky offshore projects when oil from onshore shale production is booming. Output from the Permian Basin of West Texas and New Mexico will more than double over the next five years, to 5.4 million barrels a day, more than that produced by any OPEC member other than Saudi Arabia, according to IHS Markit Ltd.

But some companies such as BP lack significant shale assets, so they don’t have a choice. Even for those that do like Chevron, the advantage of drilling offshore is the sheer volume of oil that can be produced. In the Permian, a top-performing well produces about 2,000 barrels of oil daily for a few weeks before declining sharply. In the Gulf, fields can produce as much as 100,000 barrels a day for decades.

Activity in the region is picking up. Shell in April said it will build a deep-water platform named Vito, a project that had to be reengineered after the 2014 oil-price crash. Chevron’s Big Foot is expecting to produce its first oil by the end of the year. BP’s Mad Dog 2 is also in development mode.

Not surprisingly, BP, Shell, and Chevron all support Trump’s plan to open up more than 90 percent of the U.S. outer continental shelf to drilling. But even if the administration is able to overcome strong environmental opposition by most of the coastal states, it would likely be the mid-2020s before any exploration activity could begin.

BOTTOM LINE - Rising production of oil from shale fields has reinvigorated the U.S. oil industry. But new technology to make offshore drilling more economical could have a longer-lasting impact.