For many of today’s working mechanical engineers and designers, YouTube has served as a modern-day godsend. The collaborative ecosystem formed on the platform within the engineering community has been amazing, and it’s served as a go-to informational resource for everyone ranging from first-time 3D printing hobbyist to professional engineers. 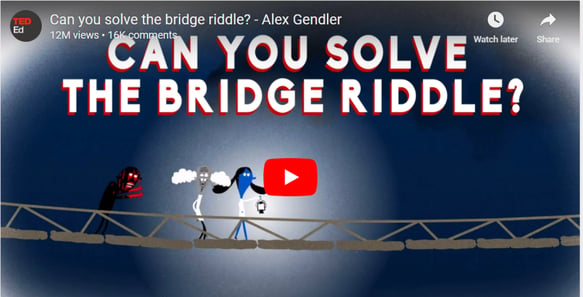 Because YouTube is such a visual medium, engineers, designers, and machinist on the platform can offer up step-by-step guides to their work, and this makes it incredibly easy for viewers to emulate their projects, as well as understand their thinking. The very best of these YouTubers manage to insert their personality and humor into their broadcasts in such a way that makes them fun and engaging. Though there are many Engineering and manufacturing YouTube channels out there that we love, here are four of our favorites:

TED-Ed’s commitment to creating lessons worth sharing is an extension of TED’s mission of spreading great ideas. Within TED-Ed’s growing library of TED-Ed animations, you will find carefully curated educational videos, many of which represent collaborations between talented educators and animators nominated through the TED-Ed website (ed.ted.com).

This channel was founded by Sabin Mathew, an IIT Delhi post graduate in 2012. At Learn Engineering, he aims to provide quality engineering education. His videos are designed to clear misconceptions, create a passion for engineering and explain complicated technologies in a simple way.

This channel is run by John Saunders. After growing up on a farm in Ohio, he moved to New York City. Though he had a desk job out of college, he decided he wanted more in life, so he bought a CNC mill and started teaching himself how to use it. Eight years later, he runs his own shop in Zanesville, Ohio called Saunders Machine Works.

Destin explores the world using science. That's pretty much all there is to it. Watch 2 videos. You will probably learn something AWESOME.