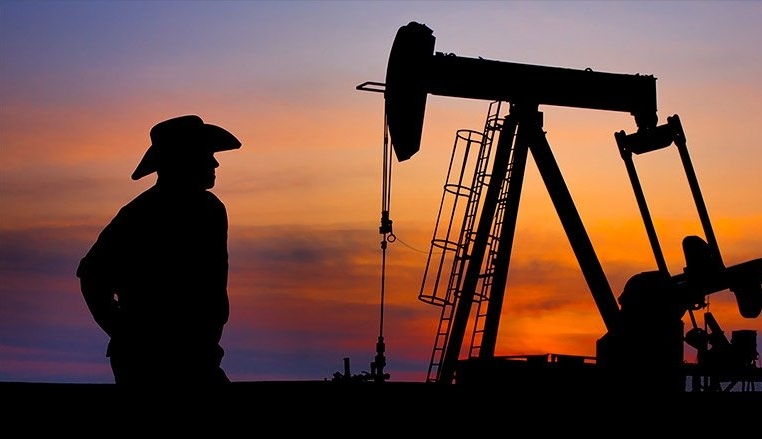 That’s not a typo. It’s the truth about the world’s most dynamic energy superpower, and what the Eagle Ford and Permian Basin have done for Texas’ oil industry.

The shale oil boom has brought a gold rush mentality to the Lone Star State, which is home to not one but two massive oilfields.

Plunging drilling costs have sparked an explosion of production out of the Permian Basin of West Texas. In fact, Texas is pumping so much oil that it will surpass OPEC members Iran and Iraq next year, HSBC predicted in a recent report.

If it were a country, Texas would be the world’s No. 3 oil producer, behind only Russia and Saudi Arabia, the investment bank said.

“It’s remarkable. The Permian is nothing less than a blessing for the global economy,” said Bob McNally, president of Rapidan Energy Group, a consulting firm.

The hyper growth out of Texas is needed because oil prices have risen sharply and major players like Saudi Arabia are quickly maxing out their production.

Much of the excitement in Texas centers around the Permian Basin. Some oil execs believe the amount of oil in the Permian rivals Saudi Arabia’s Ghawar Field, the world’s largest conventional oilfield.

Rapid technological advances, along with unique strategies, have dramatically brought down the cost of pumping oil everywhere, especially out of the Permian.

Wells there can be profitable below $40 a barrel.

“The industry cracked the code on fracking,” said McNally. 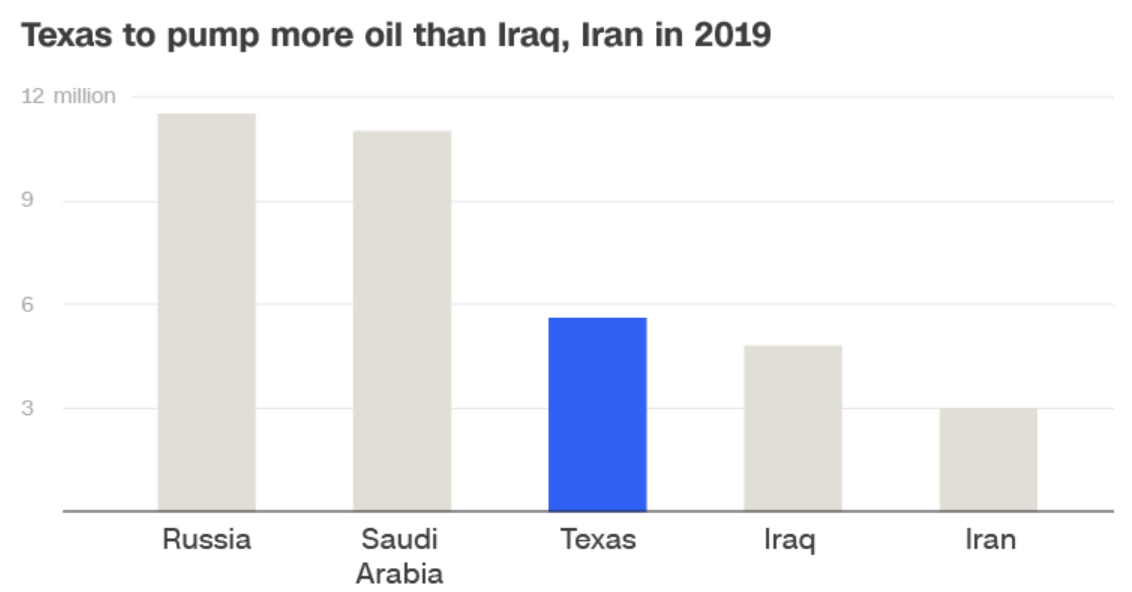 The rise of Texas, which is also home to the Eagle Ford oilfield in the state’s south, shows how the shale oil revolution has reshaped the global energy landscape. The United States is pumping more oil than ever before, making it less reliant on the turbulent Middle East for imports.

“It’s not going to make the world peaceful, but it will make it less volatile,” said McNally, a former White House official.

And things are moving so fast in the Permian Basin that there isn’t enough transport infrastructure to get the oil to market. Pipelines from that field are insufficient to handle its production, which has resulted in Permian prices dropping some $15 below the Houston price.

They’re building more capacity, but it’s not fast enough. That means the Permian Basin is now in a similar situation to the Bakken field in North Dakota, where for a want of pipeline capacity the oil boom is beginning to slow down. It costs a lot of money to transport oil on trucks and trains, which means no matter how cheaply it can be produced you still have a profitability issue given the bottlenecks the pipeline shortage creates.

And then there’s the severe labor shortage in West Texas created by the economic explosion there.

But file that under “good problem to have.” Texas is booming, and will be for some time.